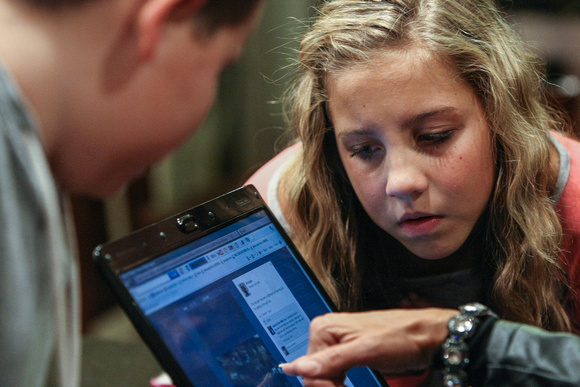 Grace Jackson and Noah Jackson look at a pictures of the Richmond Hill neighborhood where their old house was located before it was destroyed by a home explosion on Nov. 10, 2012. The Jacksons moved into their new home in Greenwood nearly two months after the explosion destroyed their house. The explosion killed two, injured 12 and caused roughly $4 million in damage. The placard in Abby's hand is the address placard from their home in Richmond Hill. Mike Wolanin / The Daily Journal