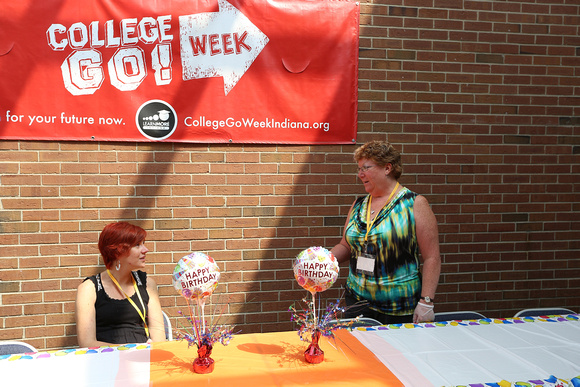 Parent volunteer Paulette Slevin, standing, and Gwen Endicott, left, talk while overseeing the birthday table at Northeast Elementary School in Greenwood, Ind. Slevin and Endicott handed out birthday cupcakes to students that celebrated their birthdays during the month of July. Slevin has been volunteering with the PTO at Northeast Elementary School for the last three years. Slevin and a small group of dedicated parents, including newcomer Endicott, volunteer at the school to help teachers with everything from making copies, to fundraising, to making copies. Slevin has seen a surge in parent volunteers in recent months but says that the PTO could always use more.Mike Wolanin / Daily Journal