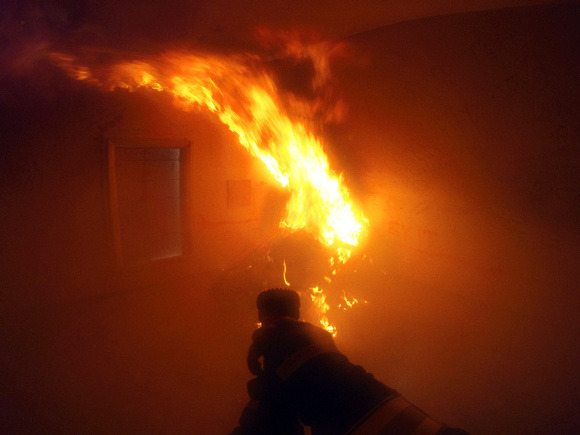 Franklin firefighter Tony Lauinger prepares to put water on a fire inside of a home used for training on Friday. Lauinger joined the Franklin Fire Department on Jan. 4, after working with the department the previous four years as a paramedic with Seals.