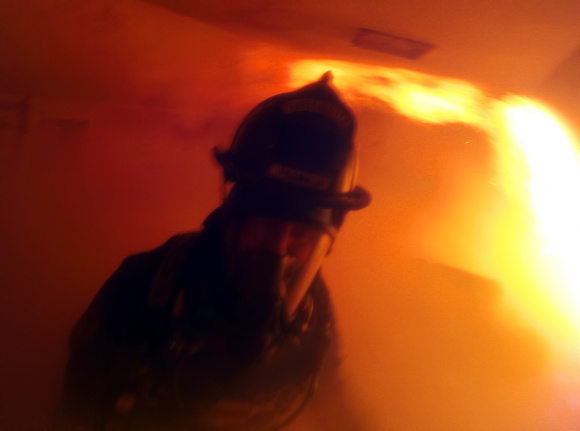 Fire can be seen moving up a wall onto the ceiling from a camera mounted on Franklin firefighter Tony Lauinger during training on Friday. Lauinger joined the Franklin Fire Department on Jan. 4, after working with the department the previous four years as a paramedic with Seals.