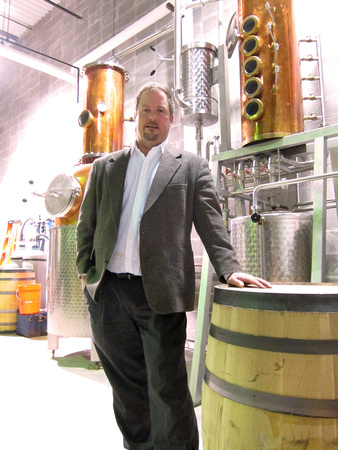 20130307dj micro distillers 3
Credit: Ryan Trares
Caption: Stuart Hobson, owner and founder of Heartland Distillers, in their Indianapolis distillery facility. Hobson had his copper still and holding tanks custom-made in Germany, then shipped over to the U.S. in 2008. After starting out making vodka made from Indiana corn, Hobson has crafted gin, infused vodkas, bourbon and a sorghum-based product called Sorgrhum. His facility is one of only three craft distilleries in Indiana.
© Daily Journal
Powered by ZENFOLIO User Agreement
Cancel
Continue